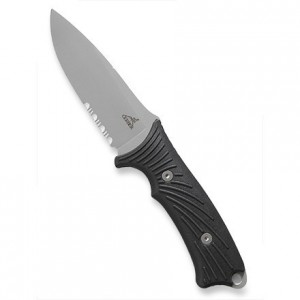 A knife is a very handy thing to have with you when you head out for some camping, but camping knives are not necessarily the same as other knives, and if you are going camping, and want a camping knife, there are a few features you should look for.

Here are a few things that you should look for from camping knives.

A few of the very best camping knives.

If you like the idea of a camping knife, but need more functionality, a multi-tool may be what you are looking for. Just about every multi-tool comes with a blade of some sort, plus a whole host of other handy tools that may come in handy while camping.

And for those who think even the Peck in the Dark is too much knife to have to carry around, an option sometimes employed by lightweight backpackers is to just carry a razor blade around with you. If you need to cut something, the razor blade will suffice, and it weighs next to nothing.