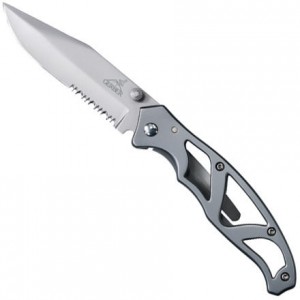 A good knife can be an extremely useful tool to have with you when you're out on a backpacking trip. They come in handy with everything from making meals, to emergency gear repair, and even a little first aid if someone has an accident. At the same time a backpacking knife is a big hunk of metal, and they can get heavy quickly, which is why it's important to do your shopping carefully when reviewing backpacking knives.

Features that you should be looking for from a backpacking knife.