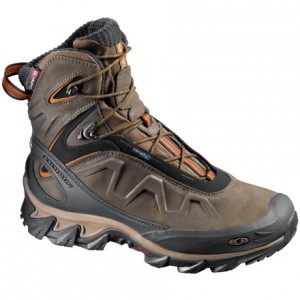 In summer it pays to wear a pair of backpacking shoes because you typically don't have to worry about things like snow, rain and cold temperatures, but in the winter, you need a specific winter backpacking boot, or you risk having wet, cold feet for the duration of your backpacking adventure.