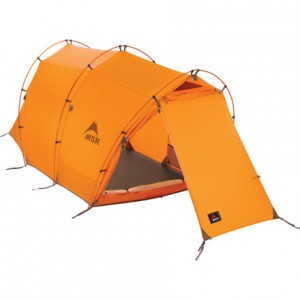 The traditional design, when it comes to tents, is the dome. It works well, but it’s also not the only option. Tunnel tents are another popular shape that do very well for a few different reasons, particularly for 4 season camping. For one, the round tunnel shape makes them well suited to strong winds. And being round they also shed moisture very well. But perhaps the biggest advantage of a tunnel tent is that you get a lot of overhead room, which makes for a roomy tent inside.

What to look for when you're reviewing tunnel tents.

There aren't many, but here are some of the best tunnel tents. Find many more tents over at the compare tents page.