99 | 1
Compare the 0 Snowshoes on Ten Pound Backpack based on their weight, price and a few more features as well. 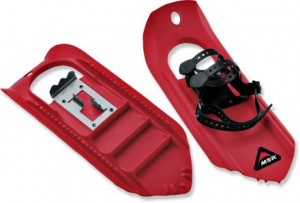 Snowshoeing is a lot of fun, not just for the adults but for kids too. It opens up a whole new world, and kids love to play in the snow. Snowshoes for kids are, naturally, smaller than the adult version. Snowshoes work on the idea of spreading your weight out over a larger area, so that not as much pressured is being put on any one section of snow, so that you don’t sink in. Since kids weigh less, their snowshoes are smaller, which also helps with their smaller legs and feet.

What to look for when you're looking for snowshoes for kids.

Some of the best snowshoes for kids that you can choose from.