25 | 3
Compare the 0 Snowshoes on Ten Pound Backpack based on their weight, price and a few more features as well. 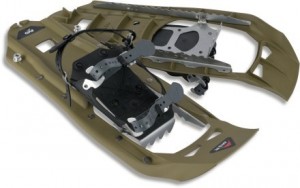 Snowshoes can get rather expensive, especially if you’re looking for a pair that you can take off of the groomed trails and get a little more adventurous with. Snowshoeing is fun, after all, but part of the fun is taking them in to fresh, deep snow that hasn’t been trampled down yet. Sales are a good way to find cheap snowshoes, but if you’re not willing to wait for a good sale to come around, there are a few things you can look out for if you want a cheap pair of snowshoes to take with you.

What to look for when what you want is cheap snowshoes.

Some of the very best cheap snowshoes for your consideration.