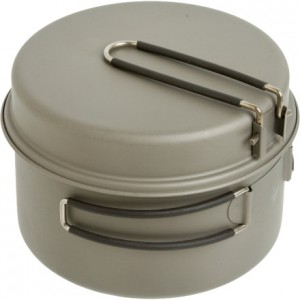 Some people make do with food that doesn't require any cooking while camping or backpacking, but there is nothing quite like a big hot meal at the end of a long day on the trail. Once you have your fire going, you are going to need a pot, pan or combination of the two to get your meal heated and ready for eating. For the best results, you need camping pots and pans.

Features to look for on camping pots and pans.

A select few of the best camping pots and pans for sale.