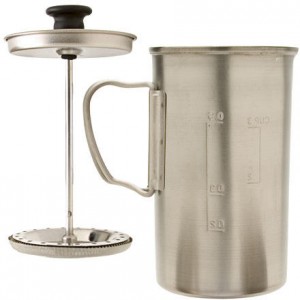 There are a few different ways to make coffee in the outdoors, but a coffee press is definitely one of the better options. It makes a great cup of coffee, for starters, and can work well with existing camping equipment. Especially for backpackers looking to save on weight and not add too much bulk to their backpack, a backpacking coffee press is not the only option, but it’s certainly a good option that wont weigh too much or take up too much room, if you do it right.

What to look for when you want a backpacking coffee press.

Some of the very best backpacking coffee presses to take in to the outdoors.