90 | 0
Compare the 0 Snowshoes on Ten Pound Backpack based on their weight, price and a few more features as well. 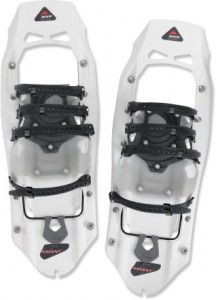 When you head in to the backcountry there is a certain kind of snowshoe that will perform well, and a few other kinds of snowshoes that you probably want to avoid taking, because they will decrease your level of enjoyment, and maybe even cause a few accidents. Backcountry travel really is one of the more enjoyable things you can do on snowshoes, however. Trails can be fun, but a wide open expanse of untouched snow is a tantalizing treat, and backpacking snowshoes are a great way to explore that.

What you want to see on a pair of backcountry snowshoes.

Some of the better pairs of backcountry snowshoes.