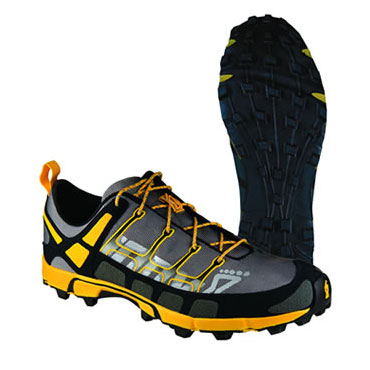 Find out more about why you should consider shoes instead of boots.

Shoes Instead of Boots

This page is called backpacking shoes instead of backpacking boots because a shoe makes more sense than a boot in the lightweight backpacking philosophy. Boots are clunky, they weigh a lot, and almost always excessive for what you're doing. Shoes, on the other hand, are flexible, typically more breathable, and most importantly, lightweight.

But a lot of people have reservations about the idea of wearing a backpacking shoe rather than a backpacking boot. The common complaints are that there's no ankle support, they wont be waterproof, and they'll fall apart much faster.

I've heard it said many times that 1 pound on your feet is equivalent to having 5 pounds in your backpack in terms of energy expenditure. Given that an average pair of backpacking boots can easily weigh above 2 pounds, that's like walking around with an extra 10 pounds in your backpack. Backpacking shoes on the other hand are more lightweight, many easily getting down to the .5 pound range. So instead of an extra 10 pounds on your back you would have a much more manageable 2.5 pounds with a pair of lightweight shoes.