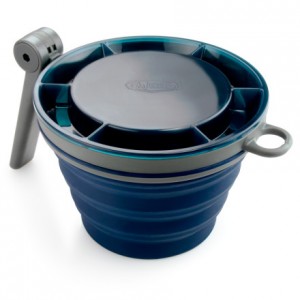 The biggest problem with your average camping cup is that it’s a difficult item to pack. Many people end up strapping their cup to the outside of their backpack so that it’s easily accessible, and so that they don’t have to deal with packing it in an efficient way. But collapsible cups for camping are different. You can throw them in to your backpack and not be afraid about them getting damaged. You also don’t have to worry about them taking up unnecessary room, because obviously, they collapse down.

What to look for when you're looking for collapsible cups for camping with.

A few of the very best collapsible cups for taking camping.