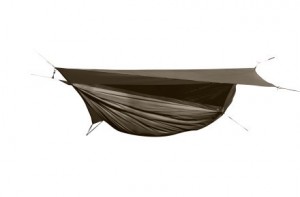 There are a few different ways to get a good sleep at night while backpacking, and a hammock is one way that not nearly enough people consider when they go backpacking. A backpacking hammock has a couple of things going for it that make it a good option for backpackers. One is that hammocks keep you up off the ground, so you never have to worry about puddles and other forms of groundwater. They're also rather comfortable, and will help you get a great night of sleep.

Features to look for when shopping for backpacking hammocks.

The very best hammocks for backpacking.