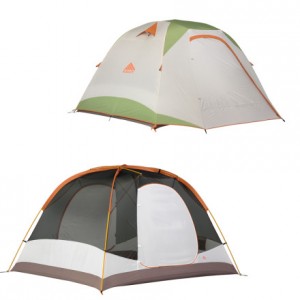 For larger groups like 6, it can be hard to choose between one big tent and a few smaller tents. The advantage of using a few smaller tents is that you don’t have everyone in one tent, and so one snorer, for instance, does not disrupt the sleeping of the entire group. Smaller tents can also end up weighing less on a per person basis, as a lightweight 6 person tent is a rare thing. Still, one 6 person tent means there is only one tent to carry, and as long as you’re not the one carrying it, it’s not so bad.

Features to look for when you’re in the market for a new 6 person tent.