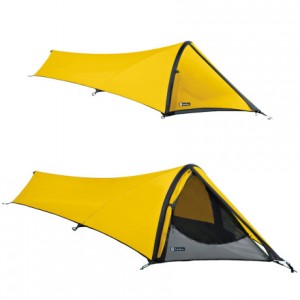 If you spend a lot of time in the outdoors, it’s a good idea to have a 1 person tent at your disposal. Larger tents can be useful if you’re going with a group, and especially a group that doesn’t have their own tents, but with a 1 person tent you always, at least, can put a shelter over your own head, regardless of whether you are going solo or with a larger group. And if you get a lightweight 1 person tent, you also don’t have to get stuck carrying someone else’s heavy tent.

What to look for when you're looking for a 1 person tent.